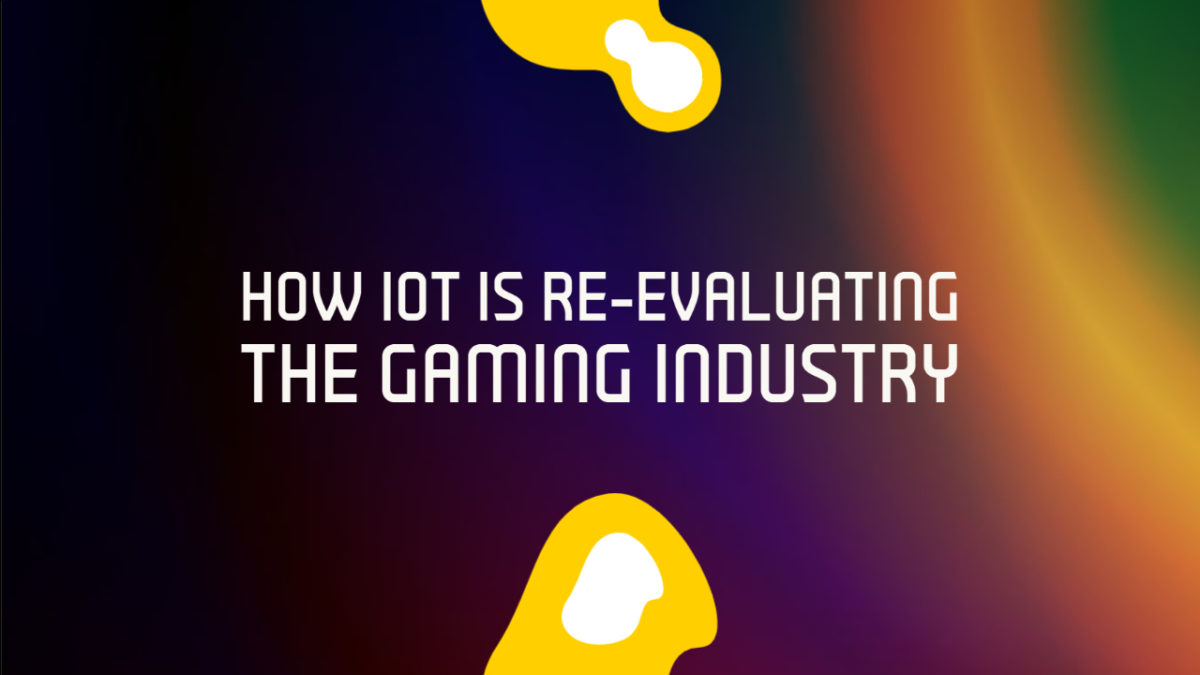 Since the days of playing Pong in your best friend’s living room, the gaming industry has gone a long way. Virtual reality, augmented reality, redesigned graphics, and a focus on storyline have made today’s games more immersive and entertaining than ever before. Like software development in general, the IoT is one of the most recent advancements to propel the game industry forward.

The IoT (Internet of Things) has been a significant boost in the gaming industry’s massive success by enabling fantastic streaming of free-to-play mobile games available on the market. In the past few years, the Internet of Things has genuinely re-evaluated the gaming industry. Developers are also considering building or inventing devices and software that rely on the internet to provide a completely new gaming experience.

The IoT is a network of interconnected mechanical and digital machines, computing devices, animals, objects, or people with unique identifiers and the ability to transfer data over a network without the need for human-to-human or human-to-computer interaction.

The internet of things is a term that describes how the internet connects all devices that have a computer chip within. It usually has to do with how a smartphone connects to and communicates with other devices, such as a home computer, a personal vehicle, or a smartwatch. When something is linked to the internet, it can either send or receive data. This ability to send and receive data makes things more innovative and more intelligent is better.

IoT is mainly comprised of the following:

IoT has benefited gaming by allowing smart devices and consoles to be used by gamers, players, and streamers. Though games were available in the past, they were not well-known because mobile phones lacked features that prevented people from enjoying the fun gaming mode.

Nowadays, smartphones are equipped with cutting-edge software and hardware, allowing developers to create gaming experiences that are both enhanced and smooth. IoT has accelerated such developments on mobile devices, combining different features such as sensors, microphones, and accelerometers, among others, with gaming modes for more enjoyable gameplay. Moreover, the combination of games and IoT has provided gamers with an unexpected connection with the gaming as if they are in reality with the game’s narrative.

The increased use of smartphones has greatly accelerated the growth of IoT. Accelerometers sensors, touch and pressure sensors, cameras, and heart rate monitors are among the hardware and software features found in smartphones and tablets. Mobile applications can use all of these to report and collect data on user experience. For example, gaming platforms will learn how customers interact with online games by analysing and tracking the correct data.

Another advantage of mobile gaming’s growing popularity is that it makes gaming more accessible to people of all backgrounds. However, gaming consoles can be costly and are frequently regarded as luxury items in many households. On the other hand, smartphones come in various price points and are considered a necessity regardless of income.

In the last ten years, video gaming has undergone massive change and overhaul. While desktop devices and consoles continue to be extremely popular, the mobile gaming industry has seen the most growth, thanks mainly to the continuous flow of free games released to the market.

Many businesses, including the gaming industry, stand to benefit from the Internet of Things. Every year growing faster, the sector forces companies to seek out new ways to differentiate themselves. As a result, the entire market will alter forever if IoT is implemented in video games.

Today, the reality is that IoT offers unlimited potential in the gaming industry. However, as more devices connect to the internet of everything, the potential effects on people’s daily lives remain debatable due to issues ranging from security concerns to logistical implementation.

IoT in the gaming industry has enabled game developers, designers, and manufacturers to leverage the advanced software and hardware available in smartphones to create many IoT gaming projects, market them to a larger audience, and improve their gaming experience.