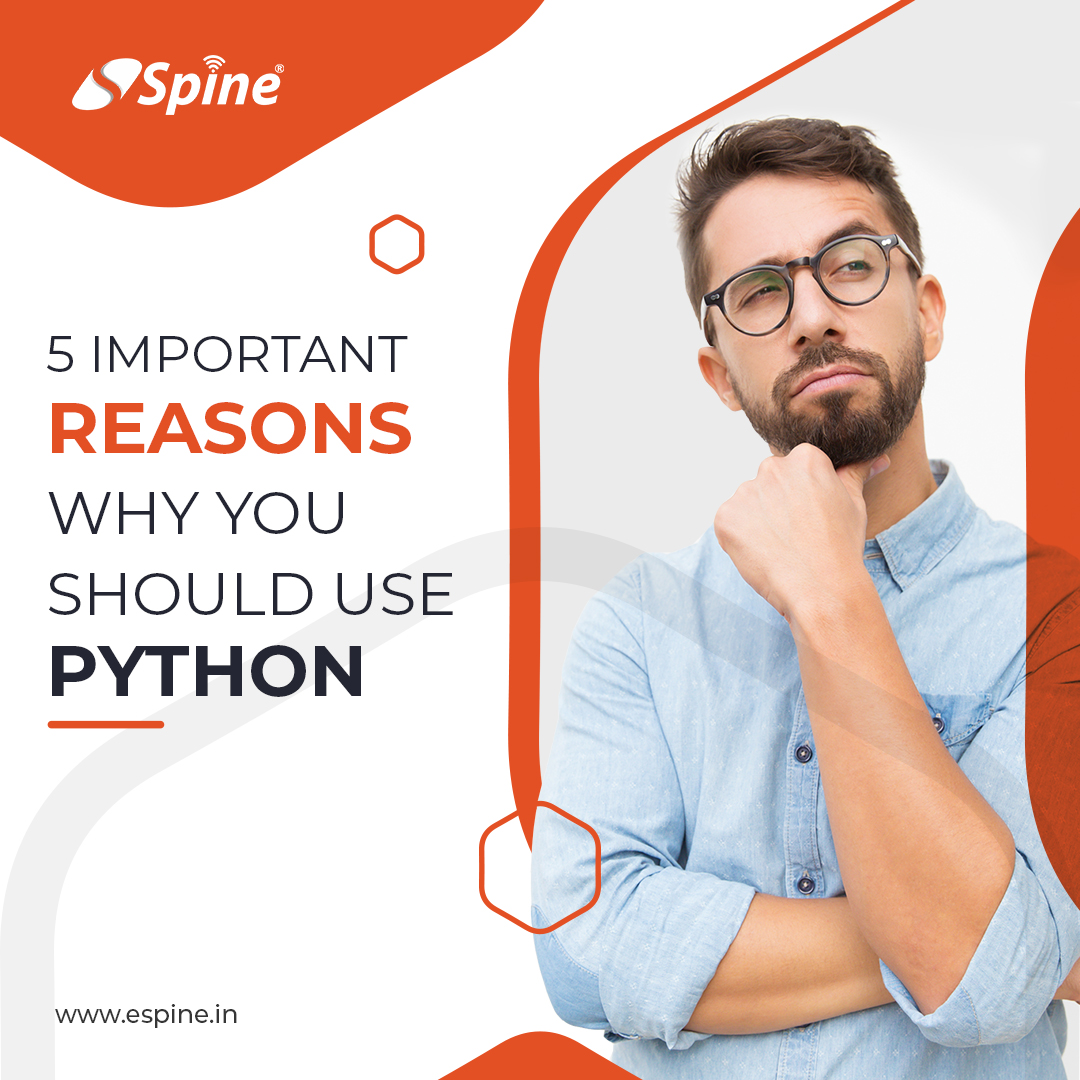 With applications in various paradigms of programming and computer science, Python is one of the most popular and fastest-growing languages out there. Python allows you to develop a variety of applications, including web applications, software and game development, network programming, GUIs, scientific and numeric applications, and more. Not to mention, it is the central emblem when it comes to artificial intelligence applications.

5 Important Reasons Why You Should Use Python

If your main goal is to ensure that the application you develop is effective, you know you need to keep the quality of source code in your quiver. In other words, the performance and effectiveness of an application depend largely on the quality of its source code. A programming language with a clean and structured code base also significantly simplifies maintenance and updates. This is one of the reasons why you should learn Python.

Python triumphs by a huge margin when it comes to the readability of a programming language. It is designed in a way that allows you to express concepts and logic without writing any additional or redundant code. In addition, it also allows you to use English keywords instead of punctuation, emphasizing code readability. As improved updates of the language keep coming, the future of python seems to be even more readable.

Since the Python syntax is extremely readable, it also makes it much easier for aspiring developers to learn compared to other programming languages. Therefore, Python allows you to build custom applications using simple and readable code without any additional code. With so many hours of tedious development cut down, this might give you an idea about the importance of python from a developer’s perspective.

In November 2020, Python surpassed Java and became the second most popular language in Tiobe’s long-running index, after C. While the wide range of benefits offered by Python is also a reason for this, the primary reason for this is arguably the fact that its supports multiple programming paradigms. This is also one of the reasons why aspiring developers almost always get a yes when they ask the question, “Should I Learn Python?” With so many domains that it has applications for, Python is the most popular programming language in terms of learning demand.

The fact that Python is now more popular than Java probably also answers many of you who are asking, “Should I learn Java or Python?” From small-scale projects to large-scale projects, Python helps developers in building custom applications by writing logical and clean code. Python supports the following programming paradigms:

We know that one programming paradigm cannot solve all the problems efficiently. This is why you should learn Python. It equips you with the tools and functions to solve different types of problems from different domains. Multi-paradigm support also makes Python widely popular among enterprises. Other features like automatic memory management make it even more powerful than other programming languages out there.

Python’s excellent compatibility is also one of the reasons for its wide popularity. It is supported all the major operating systems and architectures. In addition, Python’s code is executed line-by-line directly without a prerequisite to compile the human-written code into machine instructions first.

Thus it offers some additional benefits over the compiled programming languages, such as C, C++, Java, etc. Being an interpreted language, it is easier to run the same Python program on multiple platforms. All you need to do is to make sure that Python is installed on the computer where you are running the code. Furthermore, it is easier to make alterations in the code and run the modified code and see the impact of changes immediately in Python. Thus, Python is also suitable for ad-hoc requests without increasing the development time.

You must be wondering why should I learn Python over any other language that is almost equally readable and supports multiple programming paradigms as well. Another compelling reason why you should learn Python is its robust and large standard library. The library gives Python developers an edge by marginally cutting down tedious and mundane development tasks and focus on concepts and logic;

Python’s standard library offers a wide range of modules, operations, and web service tools that can be used for your applications. This eliminates the need for writing code for basic elements in an application time and time again. This not only saves time, money, and effort but also ensures efficient development.

Python standard library provides low-level details to developers allowing developers to focus on the logic of the application. Since most developers are well-versed with the standard library, the code provided by it is more maintainable and can easily be reused across projects. Furthermore, it is a well-optimized and tested library that provides you reliable and effective code for your application.

These qualities of Python make it easier for developers to adopt the Test Driven Development approach and perform coding and testing simultaneously. The required tests can be written before writing the code for the application and then the tests can be used to assess the application code continuously. This is one of the primary reasons why you should learn Python.

Clearly, Python offers a seamless, easy, and convenient development experience with a wide range of benefits. From its unmatchable readability to a robust standard library, there are a lot of compelling reasons why you should learn Python. Python has also knocked down Java in terms of popularity and is now the second most popular programming language. This means that its popularity among enterprises will rise even more. Hopefully, all of these compelling reasons are able to answer your question should I learn Python. 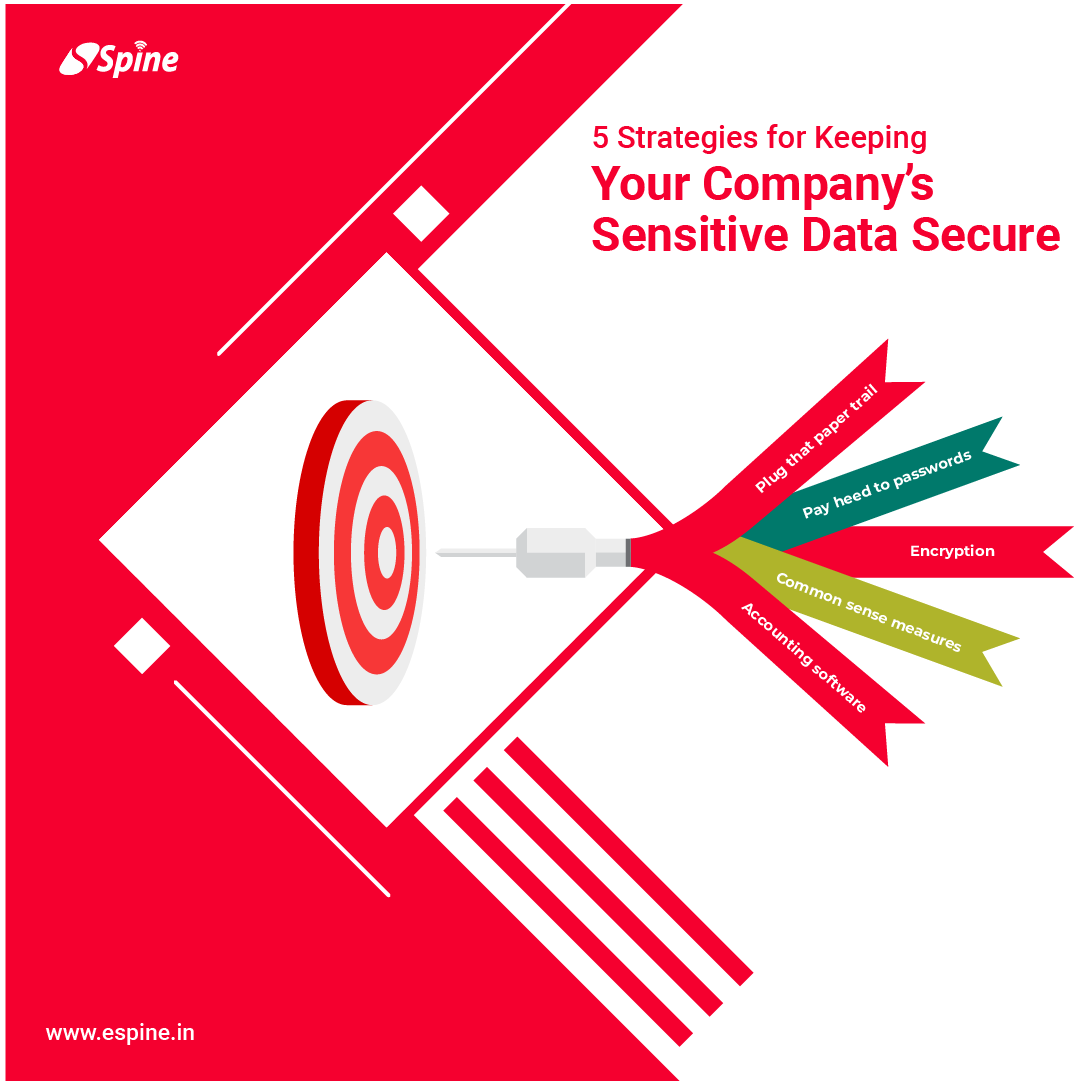 In this data science blog, we are going to talk about a handful of simple measures that you should employ to keep your company’s data secure. Data security is a chief concern for companies of all sizes at all stages of the business cycle. The value of data is more pronounced today and businesses are going all out to invest in improved data security.

It is indeed essential for companies to take all measures possible to secure their data and avoid the heavy losses that could emerge from a data security breach. Here are some simple measures – some that cost you nothing and some that cost barely anything – that you should implement immediately.

While we are all incredibly concerned with firewall protection and apps that are spying on us, businesses today fail to consider physical documents as a potential hole in their security. Have an SOP in place for sensitive paper documents. Once they have been utilized, ensure that they are shredded immediately. Leaving them around the office could expose them to prying eyes. Even if your office has tight security, you do have some visitors like people who come in for scheduled meetings and also technicians who might enter your office for repairs or maintenance.

If IT sets up everyone’s default passwords, and nobody changes their passwords; if everyone knows everyone else’s passwords and hijacking a colleague’s computer is child’s play, there is a serious lack of accountability in the workplace. Getting into one team member’s computer and making their way from there, is all a set of prying hands/ eyes needs.

Take password protection seriously. Passwords should not be pasted on the edges of desktops either. Be strict about password protection, train and remind employees of the importance of keeping company data secure. Ensure that your team understands the value of data and circulate data science blogs to engage them in the seriousness of the issue.

Make sure that all sensitive data that needs to be emailed is sent only via encrypted emails. This means that only the sender with the requisite encryption key can send the data and only a recipient with the designated encryption key can receive the data. Encryption offers you amazing protection at a nominal cost and just a little more effort than you would have normally put in.

When you are posting or couriering sensitive documents be sure to use manila envelopes, double envelopes or any sort of opaque packaging. Hold your courier package up to the light to ensure that prying eyes cannot see through it. Secure the package not just with staple pins that can be undone and replaced easily but with a few rounds of masking tape.

Also consider how documents sent to the printer in the office can be accessed. A printer can be a very easy route to accessing sensitive data. Restrict access and ensure that documents and data are permanently erased from the printer’s memory immediately or at least regularly.

If data is backed up to prn drives and hard discs, ensure that these are maintained under lock and key.

Spreadsheets are very susceptible to prying eyes within the office that understand the value of data and to hackers. On premise data security can only achieve so much. Secure your financial data by using cloud accounting software. There is password protection as a primary layer of protection and firewall protection as the ultimate safeguard. Some brands like Dext, secure your data with double firewalls.

To conclude, data security is an ongoing practice. There’s no do-this-and-forget-it mechanism. Moreover, it is everyone’s responsibility.

There is always one mobile app in each category that leads in their particular category be it E-commerce, Travel, Fintech, etc. The main reason behind this is the great design and awesome user experience. The difference between a good and a bad app is basically its design and user experience. Today’s mobile users have high expectations from apps, including quick loading times, ease of use, and delight throughout the interaction.

Smartphone users are only interested in apps with a pleasing design, easy navigation, and a simple UI. It can be difficult to create a mobile app that meets these high standards and gains downloads. So, In this mobile application design blog, we will talk about how you can design the best mobile apps. We will also talk about some awesome mobile app UI design ideas and some tips for mobile app design.

How better designs help in improving the conversion

The emotions users receive when they launch your app are a design concern, not just the fashion. Especially when there are so many amazing feature-rich apps already on the market. Users expect a better experience from every app they use, and app design plays a major role in an app’s success.

As a result, app designers must keep their knowledge up to date and implement innovative and creative app design ideas in order to create a great app that meets better user satisfaction and significantly increases conversion rates.

These tips will be helpful for those who have little or no experience in designing mobile UI. Here is the list of the tips for mobile app design:

UI design ideas play a very important role in the life of UI/UX designers. It helps them in exploring designs and also help them expand their way of thinking and taking design decisions. Here are few websites from where you can access a lot of design ideas.

The user interface of a mobile app can make or break its success. As a result, UI UX designers must be well-versed with the design trends existing in the market. All the websites mentioned above will help you in getting design ideas and inspirations for your next app. This will also help you to remain updated with the latest design trends.

When creating a challenging mobile app, you must think about and focus on a lot of details. However, researching, planning, strategizing, and sticking to your plan are the most important steps in creating a successful app. After you’ve figured out who your target market is, you can start developing the perfect app.

The best thing about UI designs is that they’re always evolving, and there’s no one formula for success. As a designer, you can always come up with new concepts and test them out to see what works best.