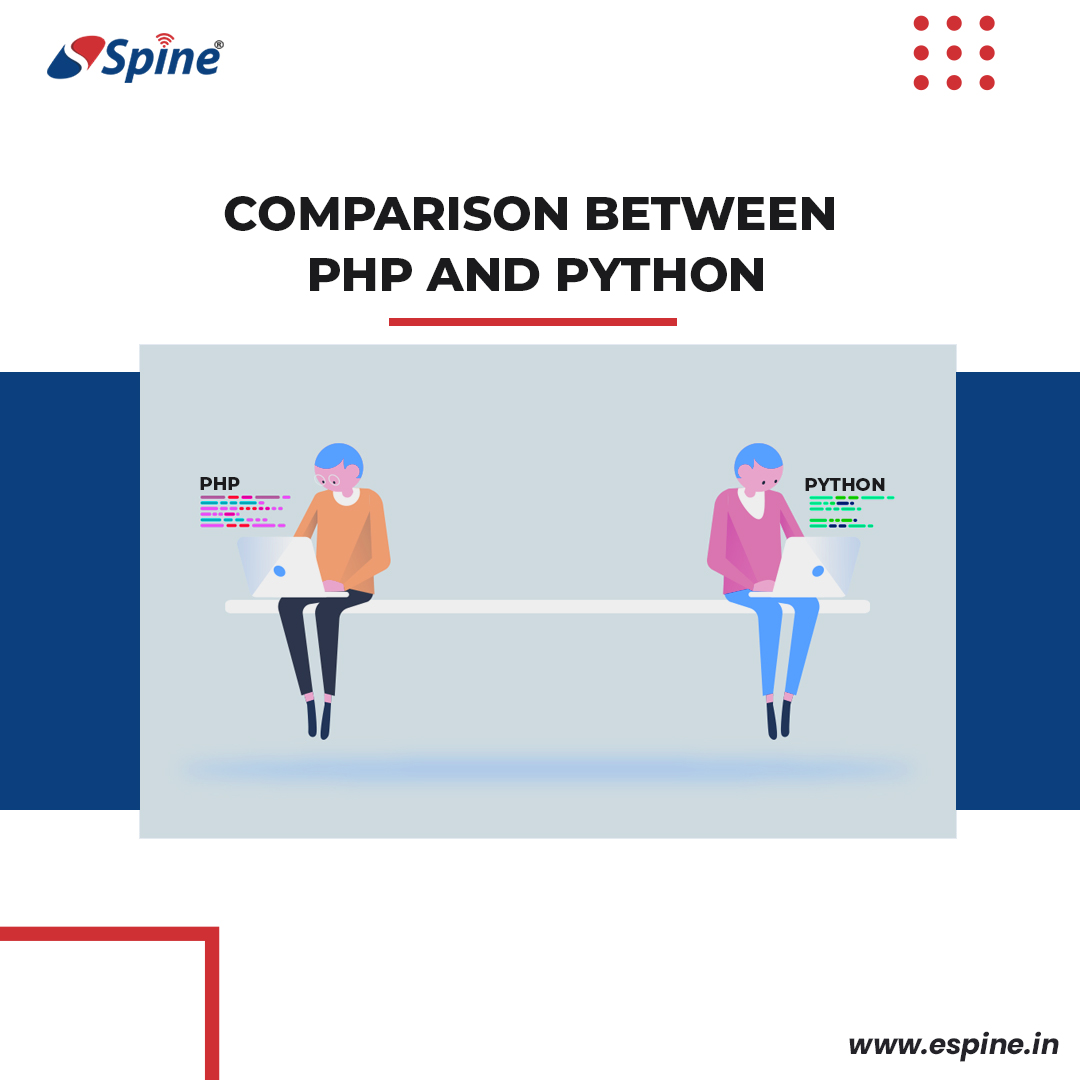 Software development companies in Chandigarh are increasingly turning to Python as an excellent tool to create algorithms for a wide variety of domains. Python is also popular for developers creating standalone programs. However, alongside die-hard Python developers in Chandigarh are software creators who are still mulling whether PHP or Python is for them.

If you fall in the latter category, you’re doing the right thing by going through software blogs to get your answer. In this software blog post we will differentiate between PHP and Python and discuss the value of Python for software development companies in Chandigarh.

Difference between PHP and Python

Where Python is an object-focussed programming language, PHP is a server-focussed scripting language.

As discussed in our introduction, Python is utilized in algorithm scripting and in creating standalone programs. In other words, it is versatile and can be put to use in a variety of use-cases.

Python is used heavily in artificial intelligence and in automation.

PHP is used to script HTML content including flash animations, graphics and XML files. Its use, therefore, is restricted to web development.

So if you needed to create a billing software, for example, you would need to turn to Python.

Both Python and PHP are popular options because of their ease of use.

That said, the syntax of Python is extremely easy to remember because it is very close to human language. Meanwhile, PHP – due to the wide scope of the language and plenty of naming conventions – has a syntax that is far less obvious and actually calls for devoted attention towards learning and assimilating it.

PHP admittedly takes home a win, hands-down when it comes to learning how to use it. On the other hand, Python calls for a relatively longer time investment: software developers might take time to learn how to use its variety of features.

However in the long run, this greater number of features makes Python far more handy.

Of course quick deployment is a concern for all software developers and both languages attempt to support this omnipresent need.

Beyond this basic requirement, PHP boasts conveniences such as being open source. On the other hand, with Python, you might be able to get by – very successfully – with far fewer lines of code. Python also makes dynamic typing possible.

Python uses fewer frameworks than PHP does and therefore is easier to work with. It also makes for easier adaptation of the software created at a later stage.

Some frameworks supported by Python are: Django, Flask

Some frameworks supported by Python are: Laravel, Slim

Because of its key role in today’s big concepts like artificial intelligence, machine learning and automation, the value of Python as an essential tool for software developers in Chandigarh – and across India – is greater. Artificial intelligence, machine learning and automation are not passing fads but are being seen as a means towards cutting costs, identifying and plugging resource leaks, optimising processes, tailoring approaches, improving accessibility and so on. From manufacturing to corporate offices, tourism and hospitality, healthcare, banking, defense, governance – and even online dating – AI and automation represent the present and the foreseeable future. Python can help software developers in Chandigarh be part of the AI and automation-fuelled growth story.

The popularity of Python has been on a steep untrend over the last five years and if you want to compete with Python developers in Chandigarh and globally, you will logically need to be able to offer the products and services that they are able to offer. To do this, clearly you will need to master the tools they are using.

Although PHP might be easier to use if you are an experienced coder, Python uses only a few lines of code and is therefore easier to learn for people who have only a minimal to moderate coding background. Many beginners will argue that Python is actually easier to use.

Maintenance is yet another advantage that Python boasts over PHP. Not only is Python is to write, but software service providers will also not have to break a sweat while debugging it. This makes maintenance a breeze and contributes to potentially improved profitability because you spend less time per client.

Speaking of profitability – which ties in with efficiency rather than toiling unnecessarily – the fact that Python is portable is one of its most popular characteristics. This means that you can seamlessly and conveniently run Python on any OS or any platform that is handed to you.

In fact, Python helps you be a more productive software developer, letting you bring in more and more billable projects. You’ll be completing each software development faster – thanks to its buffet of prebuilt libraries – and this means that you will be able to take in a higher number of projects and clients, which in turn could correspond to higher profitability.

Python doesn’t only enable automation, but also embodies it. Clearly, Python takes “practice what you propose” very clearly because it automates garbage collection and memory addresses.

Making the right impression is more important today than it ever was before. Social media and user reviews can make or break a software developer’s reputation. Test your software at every stage in the development cycle to avoid encountering costlier roadblocks further down the line with Python’s interactive shell, which allows developers to test components before implementation.

Although PHP has enjoyed its moment in the spotlight and has to be credited for the convenience it ushered in when it was launched, Python is a tool that software developers with an eye on the future cannot afford to ignore. Try it hands on to understand the value of Python for yourself.