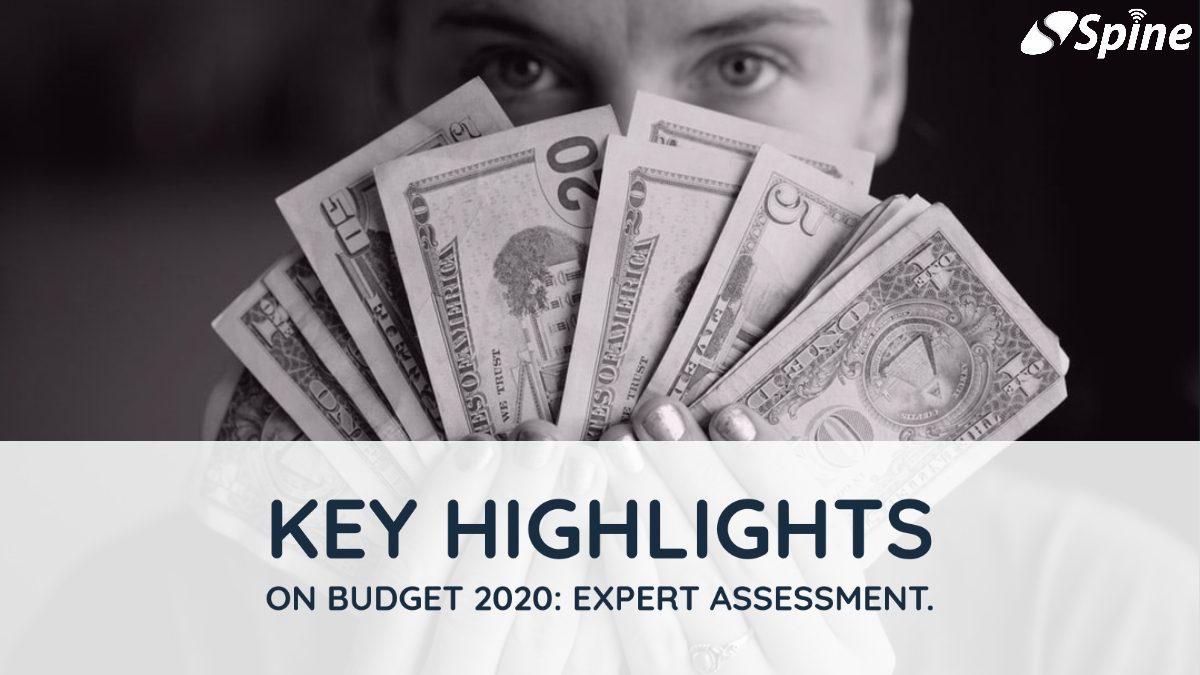 The Finance Minister of India, Nirmala Sitharaman, presented the Union Budget for the term 2020-21 in the Lok Sabha. This is the 2nd budget after the National Democratic Alliance came to power for a second term. The Budget 2020 has focussed on three main points – Aspirational India, Economic Development, and a caring society.

Sitharaman proposed a new option personal income tax system. She also announced multi-billion-dollar farm, infra, and a healthcare package to revive growth in the country. Let us have a look at some of the key takeaways and highlights of the 90th Union Budget presented by Nirmala Sitharaman.

Everything about new income tax slabs

In the 90th Union Budget, Nirmala proposed a new set of income tax rates for the section of people earning up to 15 lakh a year.

Under that, she proposed a 10 percent tax on income between 5 lakhs and 7.5 lakhs from 20 percent now.

This new tax regime is optional and it is the taxpayer’s choice to opt for the structure that is beneficial for him.

Moving on to Investment

The government is planning to sell part of its holding in LIC by way of Initial Public Offering. Some categories of government securities will be open fully for NRIs, along with being open to domestic investors.

The FPI limit in the corporate bonds raised to 15 percent from 9 percent.

The budget proposed the divestment target to be doubled for the next fiscal at Rs. 2.1 lakh crore.

Changes in the Indirect Tax

For footwear, the custom duty has been raised from 25 percent to 35 percent. In case of furniture, it is increase to 25 percent from 20 percent.

The excise duty got a raise on Cigarettes and other tobacco products. However, no change has been made in the excise duty rates of bidis.

The basic custom duty on import of news print as well as light-weighted coated paper is decreased to 5 percent (earlier it was 10 percent). On the imports of medical devices (except those exempts from BCD) will face 5 percent health cess.

For traders, too, there have been a lot of things that will be changed. So get ready, your business might need updates in your GST billing software!

The government has proposed certain steps for the MSMEs. We will see amendments to Factor Regulation Act, 2011.

Changes will be made to enable NBFCs to extend invoice financing to MSMEs. The budget proposed a provision of subordinated debt for MSMEs by Banks. This debt would be counted as quasi-equity.

App-based financing loans to be presented to prevent the problem of late payments and cash flow mismatches for MSMEs.

Sitharaman proposed an amount of ₹273 billion ($3.84 billion) for promotion of industry and commerce.

They have also asked the organization using old thermal power plants to shut units if emission norms are not met.

An amount of ₹44 billion ($619.11 million) for clean air incentives in cities with over 1 million people is allocated in the budget 2020.

Moving on to Education Sector

The Finance Minister of India announced around 150 higher educational institutes to begin the apprenticeship embedded courses.

The budget also proposed special bridge courses to enhance the skill sets of the individuals who are seeking employment outside India.

Apart from that, the In-SAT exam will be conducted in Africa and Asia under study in India programme.

The start-ups having a turn-over of up to Rs. 100 crores will get 100% deduction for 3 consecutive assessment years out of 10 years.

Also, the turnover threshold for audit of MSMEs to be increased from Rs 1 crore to Rs 5 crore.

Changes will be made to enable NBFCs to extend invoice financing to MSMEs. The nominal GDP growth for the term 2020-2021 is estimated at 10 percent.

The budget proposed an Investment Clearance Cell to offer end-to-end facilitation and support.

Apart from that, 5 new smart cities have been proposed to be developed. The National Technical Textiles Mission to be implement with the objective of positioning India as a global leader in Technical Textiles.

The NIRVIK Scheme has the aim to achieve higher exposure credit disbursement.

The turnover of Government e-Marketplace (GeM) is asked to be taken to Rs. 3 lakh crores. A scheme will be launched to revise duties and taxes on exported products.

Who would benefit from the new tax regime?

Choosing the new tax rates could be beneficial for the following group of people:

What about Dividend Distribution Tax?

The Dividend Distribution Tax will be removed and it will be applicable to the individual investors only.

What are the new custom duty rates on gold and other precious metals?

People will see an increase in the customs duty on gold as well as other precious metals to 12.4 percent. However, customs duty on platinum and palladium cut to 7.5% from 12.5% for certain purposes.

What are the new announcements in Culture and Tourism Sector?

The following announcements have been made:

What is the aim of the NIRVIK scheme?

The NIRVIK scheme has the objective of achieving higher exposure credit disbursement. It also offers higher insurance coverage. This scheme is expected to support export of around Rs. 30 lakh crores in 5 years.

How much is proposed for the Healthcare, Defence, and IT and Telecom Sector?

What changes would be seen in Public sector banks (PSBs)?

We will observe a robust mechanism that will monitor and ensure the health of all the scheduled commercial banks and depositors’ money is absolutely safe.